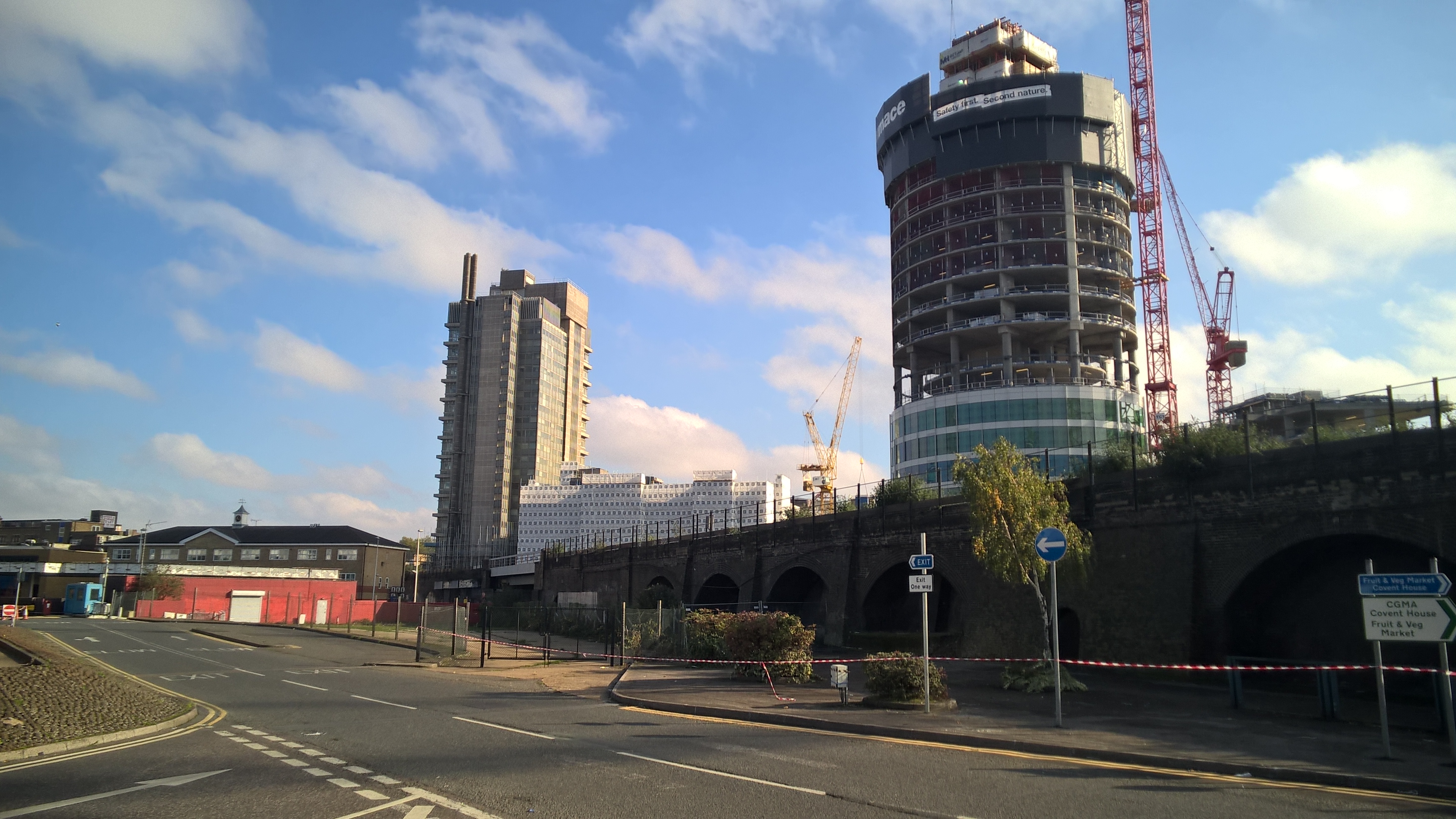 “SPECTRAL DEVELOPMENTS –— HAUNTED SCHEMES–
London 2015 – –  conjuration of empty apartments– – spectral dromes; from Quatari enclaves in the Olympic Park to vitric apparitions in Nine Elms, they emerge across the city as glowing husks.

Networks of property developments create zones of control, landscapes pulsing with symbolism and intent. Squares and plazas shimmer in the haze of international finance , money sparkling in water features, private cinemas, roof top gardens–.
The signs are everywhere ––
you hear the feint crackling of power, notice where it lies,  encoded, encrypted..… not concentrated in the City of London or Canary Wharf, but dispersed, irridescent in Italianate gardens, chequerboard paving, columns and neoclassical facades..…

-–As public space is enclosed, so protest shifts into the realm of the private, it regains potency by interrupting and rerouting channels of commerce and consumption–.

We occupy by haunting–..”

Duncan and Laura set the tone for their walk with a reading by Laura from her column in Art Review. Their walk, Rising Damp covered an area between Wandsworth Road and Nine Elms Lane, which is currently undergoing redevelopment under the umbrella name, ‘Nine Elms on the Southbank.’ The title of the walk, we were told, arose from a history of uninhabitable marshland, which previously occupied the area (probably some time ago), and continues to haunt the development with mould problems. 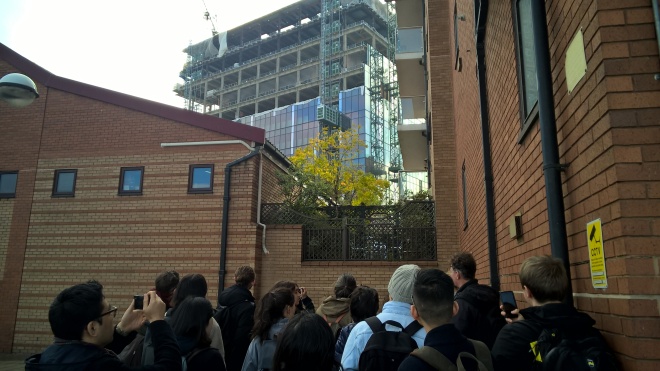 The area is a mixed-use site of residential communities, market warehouses, developments, and tower blocks, newly built, or currently under construction, and includes the American Embassy. There was speculation amongst the group whether a secret tunnel was also being built between the Embassy and the nearby MI6 headquarters. 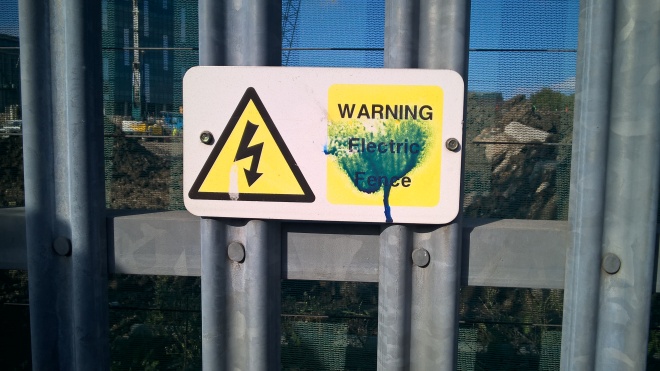 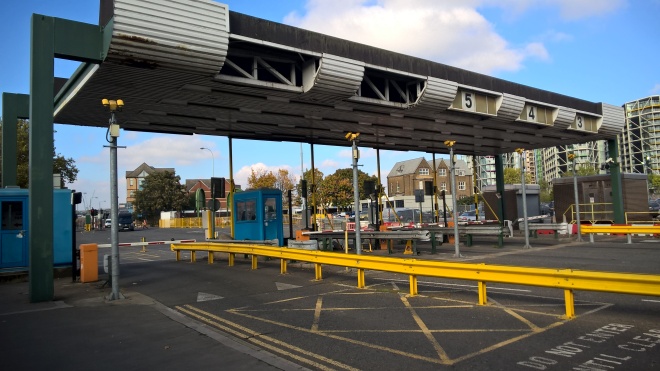 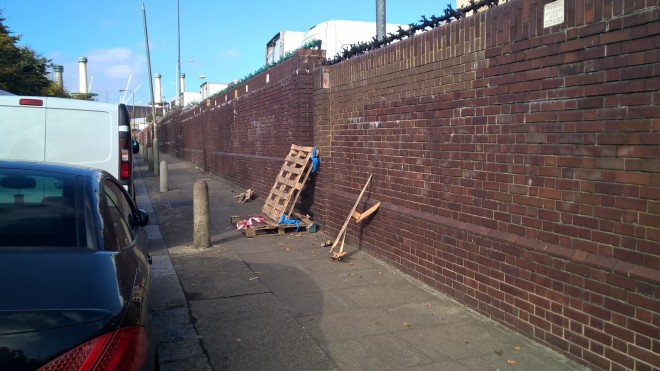 Crossing the site on foot, it became startlingly apparent how the area was regulated by what Laura termed “zones of control.” High walls, checkpoints, and even electric fences were a common sight. At ground level, it also became increasingly obvious how the locals were subverting the landscape. Makeshift ladders were stacked against the walls surrounding warehouse compounds, permitting the workers easy access, and we heard, local tearaways a getaway from the police. 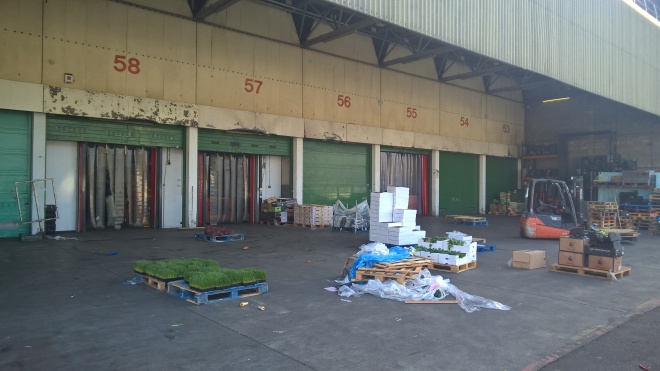 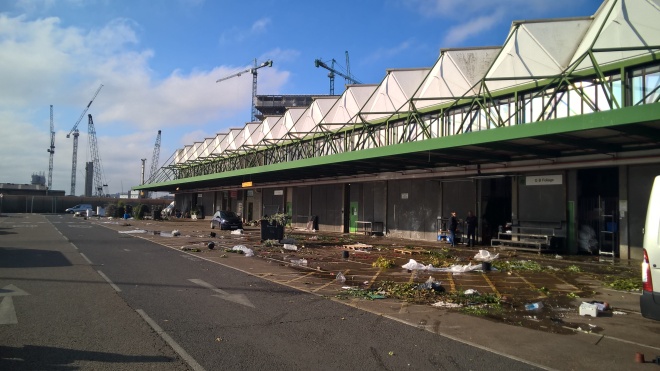 There was a great sense of economic necessity and functionality about the New Covent Garden Market area – quite removed from the more leisurely sights of Borough or the “old” Covent Garden markets. 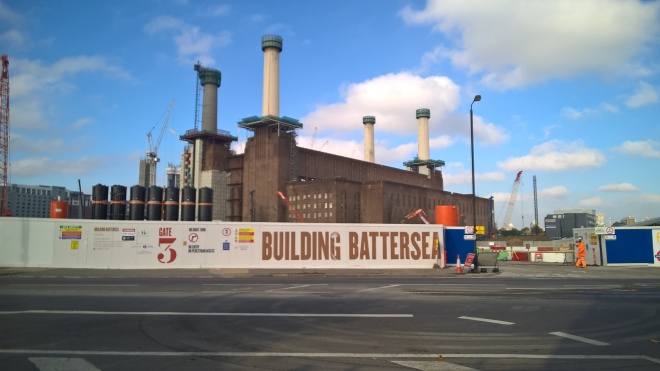 We saw the Battersea Power Station development. Questions were raised whether the existing communities – literally on the other side of the road – would ever fully integrate with the new residents who are rapidly buying up luxury apartments in the development. New owners, we heard, include Elton John and the Beckhams. 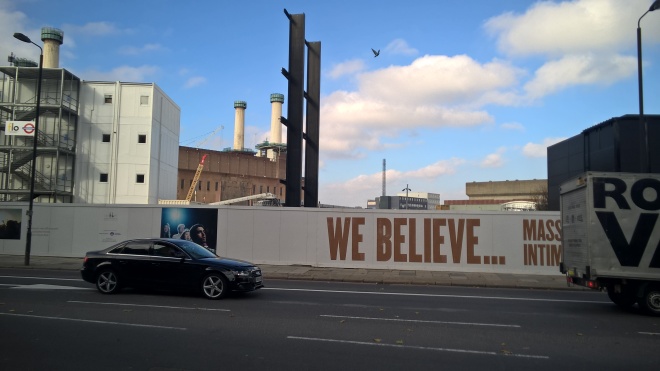 Duncan and Laura expressed their concerns about corporations corralling London’s legacy in these new developments, which are relegating the locals and an important, slightly more intangible, aspect of the site’s heritage. They talked about the signs and slogans, which festoon the perimeter hoardings of these sites as a relatively new phenomenon they call “place-making.” There was a certain worry that people buying up these places were being led into believing they were in some way buying into, and supporting, London’s rich and multi-layered history.