Emerging from the artificial gloom of the underground.

Think parallels, think pockets of unseen things – suspected but not confirmed. We convene outside Holborn tube station, a larger group than expected which is slightly terrifying, and agree to make our way to somewhere quieter to commence the walk. This coincidentally happens to be outside the doors of the first art school in London, which seems vaguely poetic. We outline the walk at least as much as possible. The walk at it’s beginning, is simply a map of places I find interesting but don’t know why, and possibly other places that we may encounter as we progress. 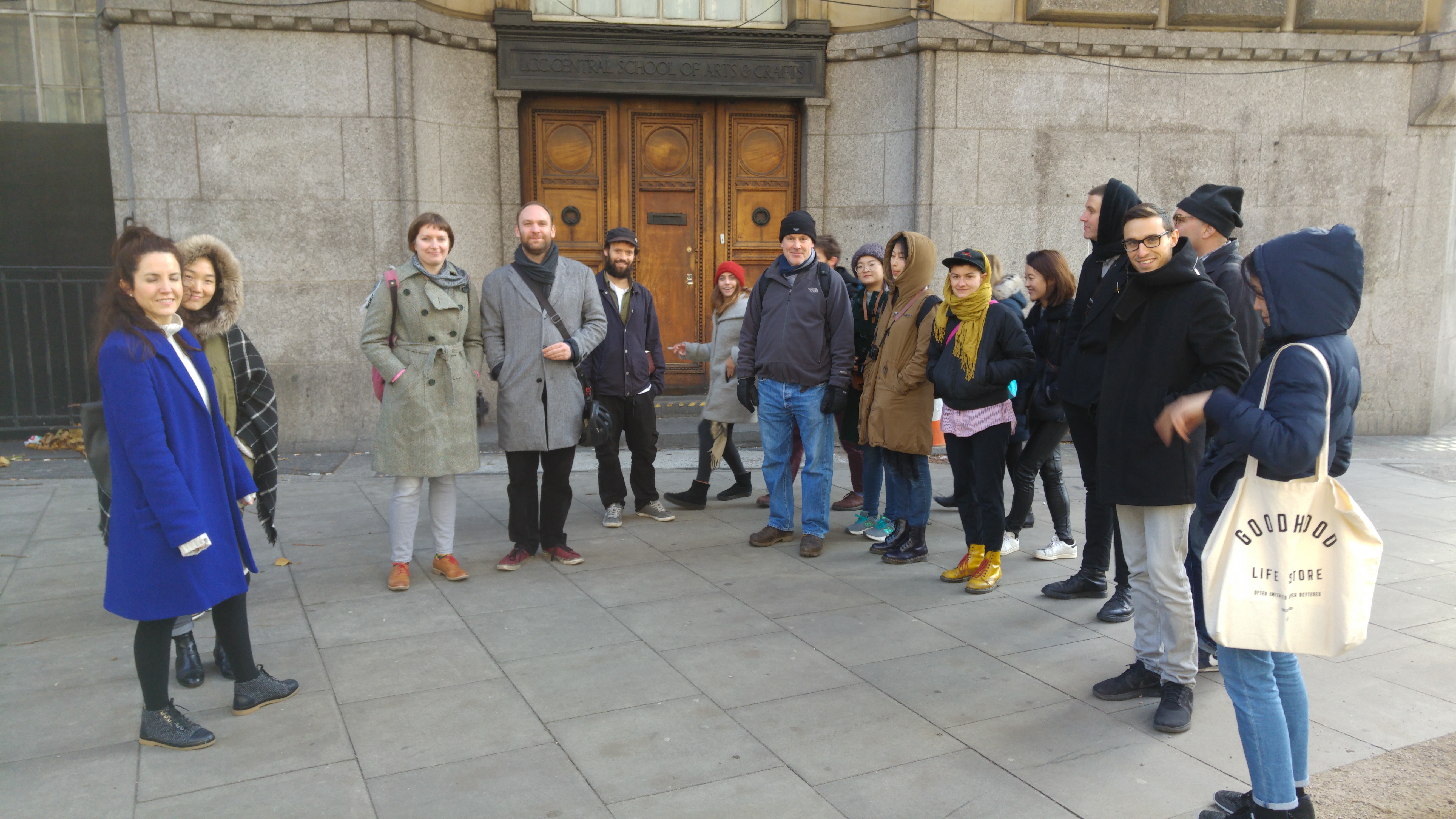 The first point in our navigations is Swedenborg House, home of the Swedenborg Society; a society dedicated the life and works of the Swedish Scientist-Mystic Emmanuel Swedenborg. I initially visited the house to listen to a lecture on the Arabian Nights and its atmosphere grabbed me. It seems to house more than Swedenborg’s ideas. From it’s sprawling archive which stretches maze-like below the street, to the winding staircase that mirrors the vertical courtyard at the middle of the building, it seems like a mechanism for understanding the duplicity of Swedenborg’s vision. Of heaven and hell as separate realms that run parallel to our everyday topography, only caught in glimpses and visions, sidelong glanced from the very corner of the eye. The outside solidity of the house belies this winding interior of expanse, and narrow, vertical and horizontal. Once in, it almost seems possible to view an angel perusing one of the many volumes on the shelves, or some wayward demon leering over the stairway banister, in the upper gloom.

We head on, attempting a more scenic route through the criss-crosses which intersect Tottenham Ct. Rd, Covent Garden and Holborn. So scenic, that when the monolithic building emerges before us we hardly notice it. I have a suspicion that this was the intention in its construction all along; the grand monument hidden in plain sight, masked by verticality, and the tunnelling streets around it.

Freemason’s Hall is the central meeting place for Masonic lodges in London. The Freemasons are a society of secrets, complex handshakes, strange occult-sounding titles, and ceremonies that take place behind closed doors, it is unusual, therefore, that they have a public museum in one of their most important meeting halls. It seems like a natural step from the wispy suggestive structures of Swedenborg House, to the hermetic shell of Freemason’s Hall so we plunge in. There are opposites here, and parallels. The Hall wears its secrecy as a solid armour, displaying it proudly in monumental terms. Whereas Swedenborg invites, the Freemason’s Hall makes you feel awkward even asking. This can be experienced in a very real way through the convoluted route to eventually reach its public museum, which then displays a number of strange objects, and information cards of which almost all can be paraphrased as: “we’d love to tell you more about this, but we can’t”. We wander through the collection, hunger growing, and a tangible feeling of bewilderment creeping in. The warmth and soft carpets, absorbing every footfall, are taking their toll. It is beginning to feel like a heated mausoleum. Time for coffee and fresh air. 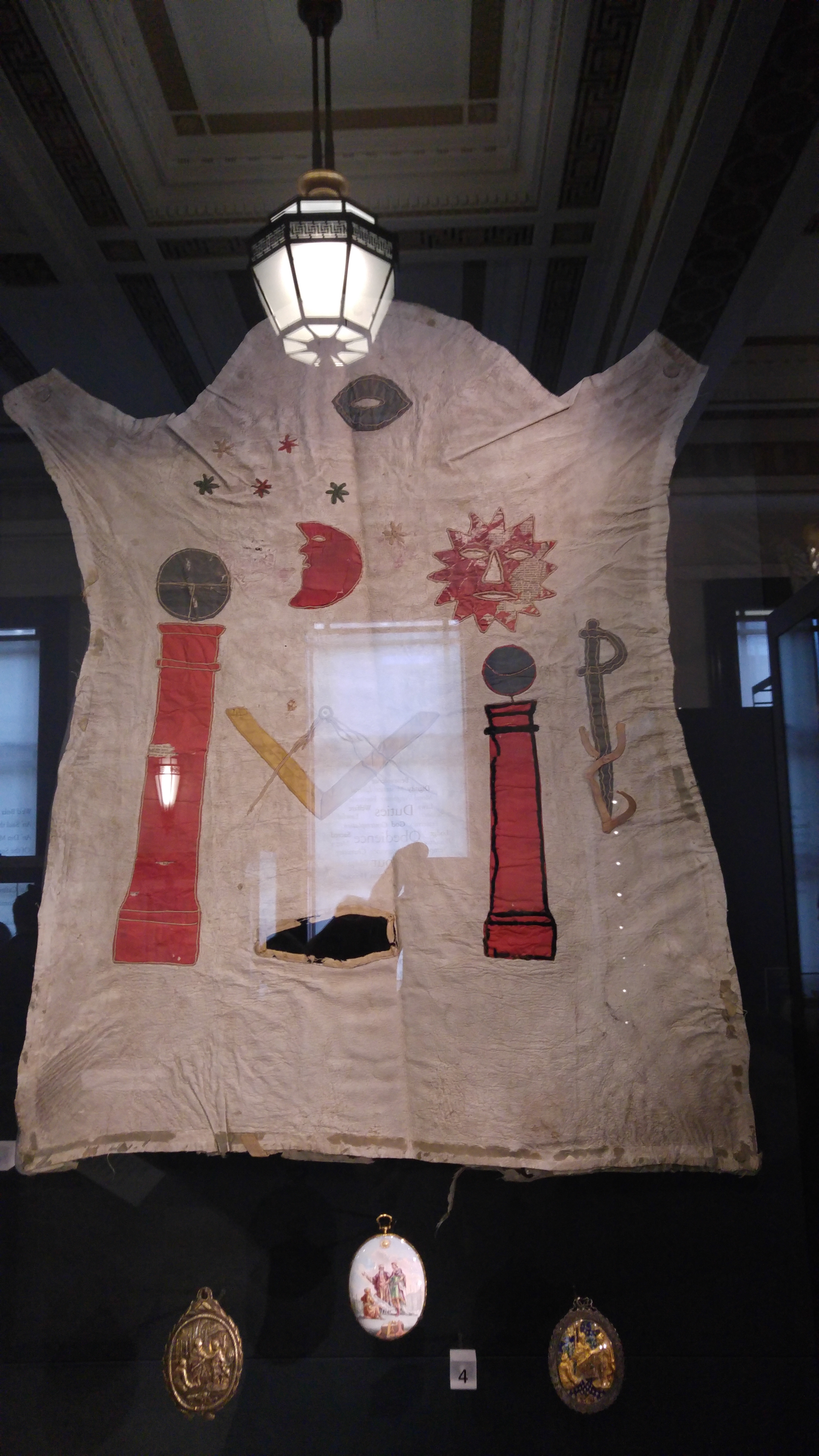 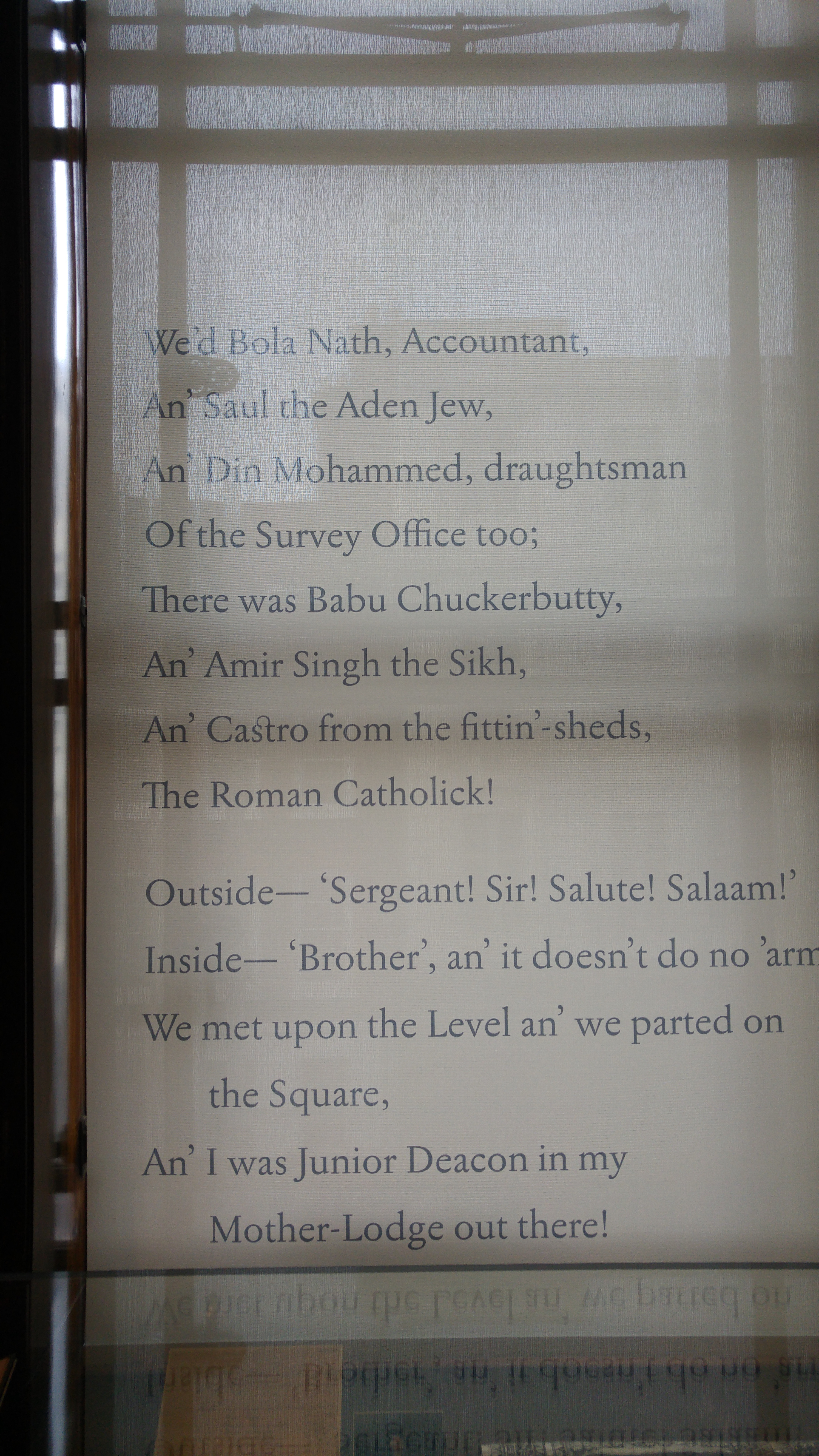 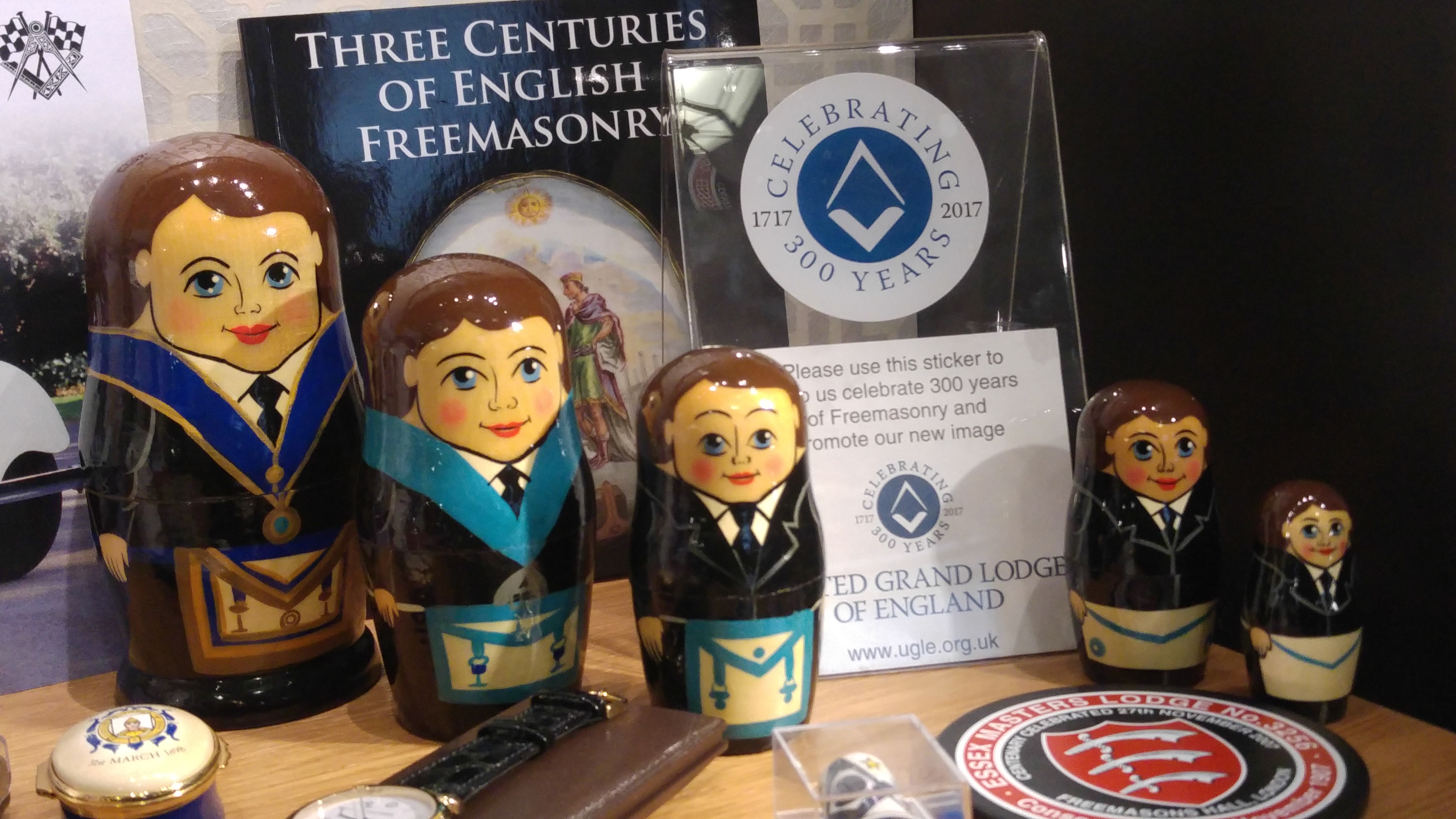 From the mason’s hall we grab a multitude of coffees and journey across the road to Lincoln’s Inn Fields, and the home of the architect John Soane (via a rather strange holy door). Soane’s house contains a selection of unusual objects collected in Soane’s lifetime, and wandering around its structure feels more like navigating the inside of someone’s mind than a house in the traditional sense. Indeed, it is said that the layout of the house is intended to represent the faculties of the mind, the top floor being reason, the ground floor: logic, and the basement: the subconscious. This certainly plays out when navigating the house, it constantly unfolds and fragments space, pushing the experience into the realms of the uncanny. Walls give way to stairways, doors, folding, twisting, opening, closing, a plethora of objects leading the eye into constant refocusing. The space is also haunted with multitudes of mirrors, each reflecting at different angles, which in turn opens up further mysteries, contextualising the stranger parts of John Soane as a person. In one of the courtyards the ‘monk’s grave’ can be found, the monk being Padre Giovanni, an alter ego of Soane himself. He always called his house ‘the mansion of woe’.

We regroup outside, slowly. The Soane house seems to evaporate time as well as space, with its ban on technology and absence of clocks. It is getting dark and we have one more place to visit.

The final place, an older vision of London, possibly one that is only located inside my head: Inner Temple, and the Temple Church. Inner Temple is an area related to the law courts just off Fleet St, it is a walled in neighbourhood of offices and libraries that streteches down to the riverside. However, it is more the quality of silence, which strikes me about this place. The surrounding wall seems to insulate it from the rest of London. When entering the gates, the constant sound of cars, voices and activity just drop away as if a cushion has been placed over the head. Along with Swedenborg House, Soane’s House and the Freemason’s Hall, it feels like you are stepping out of time and into the possibility of topographical fiction. However many times I visit the place I’m still plagued with a nagging doubt as to whether it actually exists.

A cure is needed for all this re-tracing of geographies. We head towards the nearest pub. 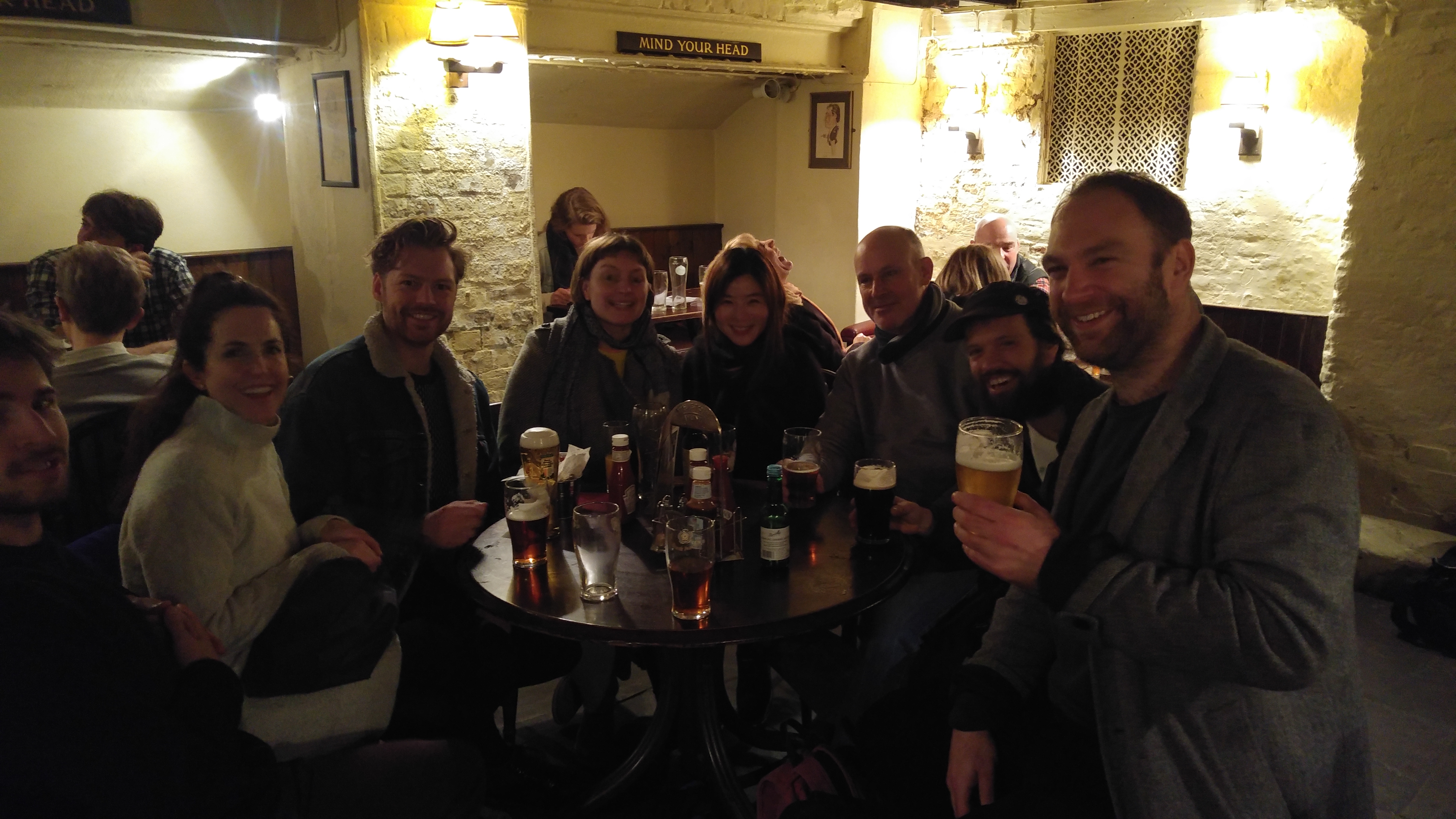